The Libra Myth- The Myth Of Aphrodite 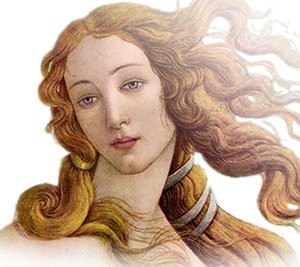 So many people are tied to the myths of Libra, yet, without doubt, the darkness that is most accredited remains that of Aphrodite, universally esteemed the Goddess of Love, but in fact, a very profound symbol that carries with her the great secrets of the “beginning of pleasure” but also all that Love can carry on the level of knowledge and of personal value, fundamental ingredients to arrive to the ability of choice that the sign must conquer and be able to manage at best.

The Greeks imported this myth from the Sumeri and therefore, Aphrodite includes nevertheless the changes that the different culture has created, many features of the Great Mother, since, the ancient Ishtar was a Goddess Mother and then a subject of great power, but especially a Goddess of Land, while in the Greek version she assumes many Air qualities.

The Greeks always had a great difficulty to fully receive this personality in their Olympus. In fact they accepted without reserve the ethical, intellectual, rational and aesthetic side of Aphrodite – that of which she is bearer of Libra – symbol of balance, of harmony and of culture or of ability to dominate instinct: an example of refinement and of beauty that, for them, often paired with harmony that was present only if there was also truth.

We can see then how this Goddess represents and incarnates two sides of Love: in his Taurus version there recalls very much the majority that is sensuality that leads to the meeting; also physically it shows her roundish and desirable shapes; it is the part of Aphrodite that devotes herself to pleasure, that attracts, that seduces and that “leads” using the beginning of the attraction that in this case is physical and sexual. It is tied to the senses and sexuality is primitive, exactly as it was in his Sumeric version.

The Greek part, instead gives us an already very changed female, since it is already supplemented for masculine Greek society; this side is instead tied to the affinities and to intellect; there is something of motion refined in her, as if contact is made with mind and culture; they have made her more sophisticated and, for certain lines, more modern therefore, she can represent quietly “today’s womanliness”. We will talk about this Aphrodite side since it is the closest to the Libra archetype. Aphrodite is Uranus’ daughter, but her birth is particular in all that she is not conceived, does not grow inside a female uterus, but is born from the white foam produced by the seed coming from the cut genitals of her father.

Also Uranus was a particular God, we might say “primordial” in that he was constantly in the sky, except the night when he was going down and his generative copulation was beginning; a mixture of extreme detachment and of ancestral sexuality aimed exclusively at reproduction; Uranus nevertheless was not loving towards his children, on the contrary, he was sacrificing them throwing them out as entrails on the land, as if he was not managing to accept them, being distant from his ideal image.

Gaia, the great Mother Earth, tired of this situation had agreed with Chronos to finish this; he therefore ordered a plan that was foreseeing Uranus’ emasculation, so that he would no longer be fertile.

And so, one night Chronos waited for his father and, when Uranus was about to copulate with Chronos’ mother in a lightning gesture Chronos jumped on him and cut his genitals off with a sickle.

The cut genitals were thrown into the sea and, almost to compensate for the very pain felt by Uranus, the seminal liquid fell slowly and lay Aphrodite on the beach, the most beautiful, with her body wet from the seawater, a mixture of beauty and of sensuality; the myth says that to see her you could only wish to wake up.

It is clear, each myth touches ancient ropes and memories buried inside of us, and that of Aphrodite seems to make reappearing on the mind that also we are beings coming from the sea and like them “I emerged from the water” to venture on the land; she talks to us about fluidity and about softness that is seen in the body but that they do not belong only to the being, exactly like her winding walk like the rhythm of the act of love that brings us back completely to the rhythm of the waves of the sea; beforehand slow and mixed with sweet and delicate sentiments that recall the backwash that laps the sand to change into something overwhelming, a true and own physical and emotional passion that is accompanied by a reserved and fast corporeal rhythm what it relates the sea to us in a storm, when it is whirling and uncontrollable.

She represents Love that is the only energy that presses us to unite and to relate to others, exceeding the barrier of Narcissism and of selfishness; of course, what moves in-depth is the wish that then culminates in the sexual act that lets us live nevertheless an ecstatic experience that can be born only from the abandonment, non-resistance and letting in our “heads”.

Aphrodite is a Goddess who is born from a cut, a terrible act that creates pain and separation, but, her appearance seems to have the task of helping humans to exceed that sense of loss and that initial pain making us pass through the doors of the wish that presses us to unite the male with the female, the mind with the body, the ideal with reality. In her there is the possibility of repairing, also reborn between Chronos and Uranus that, otherwise they would remain distant, like two extraneous perfect beings unable to communicate.

If Chronos and Uranus are united in two signs which Capricorn and Aquarius, this means that must find a settlement and, in the myth, perhaps he is required to indicate to us what this settlement passes through Aphrodite who has the power of uniting what beforehand was separate.

The sense of his birth is the need of all men exceeding duality and there is not a more intense polarisation than between the female and male, between reality and ideal and between possibility and what is necessary, or between the symbols contained in the world of Saturn and Uranus. Aphrodite recomposes this division and does it through Love that lets with extreme easiness exceed the first internal duality that expresses what torments each human being.

Undoubtedly, the Aphrodite’s birth seems to allow sexuality to do an important click that moves it at a physical and instinctive level to a psychic and ideal level; passing in fact from the bestial level (typical of the simple need of reproducing) to a more elevated level, more like art that must be learnt and cultivated which favours the exchange and pleasure rather than pure instinct. In practical, Aphrodite presses sexuality to become an accomplice of sentiment and of Eros and when transforms them into “eroticism”, a term that has to do with culture and transformation, that feeds on refinement and that is an authentic fusion between physical wish and mental seduction, something that asks at the same time for distance and closeness to be able to express itself and to make dreams; in fact, the wish cannot exist if not in virtue of absence and to transform pure sexuality into eroticism, distance is fundamental as it is the lonely person who can nurse the wish.

Today, in fact, sexuality has lost its great fascination since it is not a wish any more; everything is an immediate consumption and is simply a meeting between bodies no longer able to produce that fulfilment that was born from expectation that was letting cultivate the sublime side and the magic of the meeting. When sexuality is reduced to a physical act, it is returned to the myth of Pan who cannot reach the heights of Olympus since he is lacking Eros, therefore sentiment, therefore he uses bodies but remains unhappy and despairing since he never manages to find the inner peace; for him love is required.

The fact that Aphrodite should be born in the sea and from the genitals of Uranus, who was the first God of the starry sky, makes us think that she should also have the task of uniting the marine depths that represent the instinctive part that is primordial with the Air side that is the element that most brings us near to the sky and that recalls sentiment and relationships.

Aphrodite represents the only exception in the view of the Greek Goddesses to live a mystic sexuality; in fact for her pleasure is never only a physical and corporeal fact, but something that brings her near to the mystic ecstasy and this can happen only when the instinctive side lets itself go and one enters a superior level.

In practice, Aphrodite represents the Love that, first of all, and is an energy and is too able to improve the man, of making him a more refined being and, therefore, she represents and is part of all the processes of civilisation; the myth says that she “made beautiful all that she looked at”, exactly as she makes love that when it falls upon us, she lets us see with enchanted eyes and then improving the object, make the person of our desire beautiful. Aphrodite was making this beautiful by looking since her look had this strength to “transform”. Also on the sexual level, she seems to remind us that the body is always a spiritual vehicle and then it cannot be reduced only to materiality.

Under her energy, the body is sinuous, flexible, assumes soft shapes that invite sweetness and exchange of sentiments: Aphrodite in the myth was introducing the men to sexuality and was helping them to express what the sentiment was making emerge through the wish.

The wish is fed by beauty, something that originates in the sense of perfection, something that passes through the look and the sight to arrive to the heart: in fact, beauty was certainly one of the qualities of the Goddess, but the profound aim of beauty has the reason of pushing towards loving and sexuality, only then capable of transformation. Love, in fact, is the energy that lets the mortal commonness exceed barriers, divisions of race, of culture and of religion; when one loves himself, everything becomes surmountable. What other sentiment is able to produce this miracle?

In this, there is the sense of the word “civilisation”: Aphrodite, lady of the Libra, reminds us that others “are ecountered deeply” and, to do so, you must recognise it and be really attracted: when this happens, there is also the miracle of the “relationship” that presupposes not only external but also internal exchange and interaction, something that produces magic and that improves relationships between people and interpersonal relations.

If Aphrodite manages to fall on us, then we feel Love not only for a partner, but also for ourselves and, as a result, for humanity of which we are a part; it will lead us to be fascinated by the other’s diversity, desiring to meet them to be able to know them and, as a consequence, to know ourselves. With Aphrodite disagreements become a meeting point; conflict becomes a possibility for mediation; nature becomes an art refined before satisfying even the most exacting look.

To attain this all that is required is Love.